Home Prices Are Up Supply Is Down Expect Bidding Wars

It’s getting more expensive to buy a house. Prices rose 6% in the fourth quarter of 2014 as buyers competed for fewer and fewer available homes for sale, according to new data from the National Association of Realtors®.

The NAR report shows most cities (86%) are experiencing rising prices, with fewer available homes to choose from. Just 24 cities, or 14%, recorded lower median prices in 2014 than in 2013.

“Home prices in metro areas throughout the country continue to show solid price growth, up 25% over the past three years on average,” said Lawrence Yun, chief economist at NAR. “This is good news for current homeowners but remains a challenge for buyers who are seeing home prices continue to outpace their wages.”

Still, as more jobs are created, consumer confidence rises, driving the demand for housing. But with fewer sellers putting their homes on the market, the housing market just chugs along.

“This should signal existing home owners, who may have been slow to think of selling, to consider now a great time to list,” said Jonathan Smoke, chief economist at realtor.com®. With prices rising by double digits in 24 areas across the country, according to the report, many sellers would find a pool of buyers vying for their homes.

To be sure, Smoke scoured 200 of the largest metro areas across the country on realtor.com and found that the prices in 98 of them had increased by 6% or more. In 66 of those markets, houses are spending 8% less time on the market, he said.

“This is a clear sign that demand is growing faster than supply,” said Smoke. Once more homes are listed, prices would moderate, he said.

The five most expensive housing markets in the fourth quarter of 2014, according to the report, were:

The five lowest-cost metro areas were: 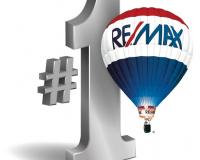 Want to Advertise on this Site?

COULD YOUR HOME OFFICE BE DANGEROUS

Posted by Rachael Apanovitch
May 27 2020
0 comments

May 26, 2020As more people are working from home due to the pandemic, the safety of at-home work environments is coming under scrutiny.Workplaces are legally mandated to maintain strict safety

MAKE YOUR OWN HAND SANITIZER

Posted by Rachael Apanovitch
May 4 2020
0 comments

How to Make Hand SanitizerAs a former public school employee, hand sanitizer was a mainstay on my desk. (And in any other strategic location that might encourage students to use it when needed.)

5 Tips For Selling Your Home During The Coronavirus Pandemic

By registering, you agree to our terms of use and that real estate professionals and lenders may call/text you about your inquiry, which may involve use of automated means and prerecorded/artificial voices. You don't need to consent as a condition of buying any property, goods or services. Messages/data rates may apply.